Most people who know me IRL don’t know or remember that I am in my second marriage.

I married my college sweetheart. We went to high school together. When I was 17 years old, we fell head over heels in love. We dated through college. We were best friends who did everything together. We became adults together, cheering each other on. And we were passionately in love the way only naïve teenagers can be.

We always had a rocky relationship with lots of arguing. Our personalities were very different and we were pretty immature. In college, we broke up a couple of times because we couldn’t agree on some basic principles of life.

After college, we got married and started our lives together. We struggled with the normal things that young couples do—

We continued to argue the way we did in college. We worked through problems the same way our parents did. We didn’t think about how our relationship worked—we just lived it.

Our arguments got increasingly intense over time. Hurt feelings built up between the arguments until neither of us could take it anymore. During a particularly bad argument, my then-husband picked up a lamp and shattered it. Alarm bells went off in my head. Now, I'm not blaming him. I’m sure that I said some cutting words. I know how to use words like a skilled surgeon uses a scalpel.

We separated the next day.

I intended it to be a temporary separation. I truly loved him with all my heart. For four agonizing years, we talked about trying to save the relationship. In reality, we never even gave it a good try. Perhaps we were both frightened by our ability to bring out the worst in each other.

It’s been over 25 years since we separated. I have lived a whole lifetime since those days. I married, had three kids, built a house, and built a couple of businesses. I don't even think about that first marriage very often. Yet, I'm sure it laid the foundation for many of my later choices.

It's so rare that I think about my first marriage that I had to plan to tell my kids that I was in my second marriage. It never came up.

Here are some of insights from my first marriage:

1.  If we had a couples counselor like I am today, we could have saved the marriage. The therapist we briefly saw was a student. We needed a therapist who could help us live well together. Neither of us needed a personality overhaul.

2.  If we had saved the marriage, we always would have struggled.  We would have argued over many detail of life. There were few things that we agreed on so there was a lot to fight over.  We were stubborn enough that we would have dug in our heels every time we disagreed.  We could have had a good marriage, but arguing would have been a regular part of our lives.

3.  When I chose my current husband a decade later, the decision I made was completely different. I fell in love but I also wanted a partner who I could live peacefully with. I grew a lot during and after that relationship. If you have left a relationship, you need to give yourself credit for having grown during the relationship. Don't hold yourself hostage to the decisions made by your younger, less experienced self. 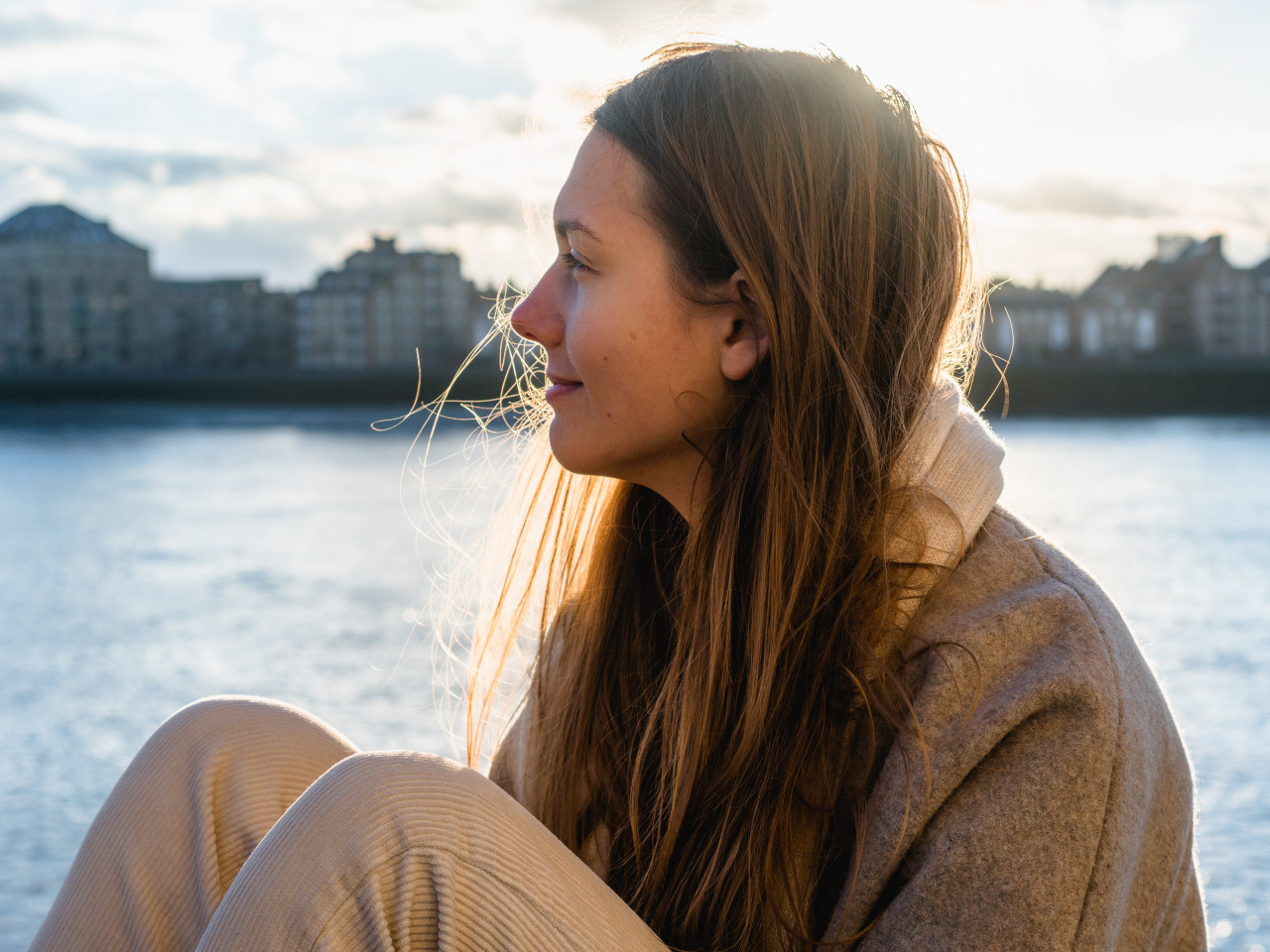 4.  The path that I was on was purposeful even if I couldn't see how everything connected at the time. Until recently, I never considered the possibility that I work with couples because of my first marriage. I didn’t need to see the connections for things to work out the way they should. Now, I am a highly-skilled therapist and coach. Amazingly, I didn’t need to see the connections between my first marriage and who I am now for things to work out well. If you are moving on from a divorce, don’t worry about turning it into something good—that will happen naturally.

5.  I needed to live through the excruciating breakup of my first marriage to get to where I am now. I would not have the amazing marriage and brilliant and lovely daughters I have now without it. I wouldn’t have chosen the pain. But it did work out better than I could have imagined.

If you are in the middle of the story, it's to see how it will turn out. Be patient. Most things make a lot more sense when you get some distance from them. Then you can connect the dots and understand the journey. You will be surprised how it all fits together. 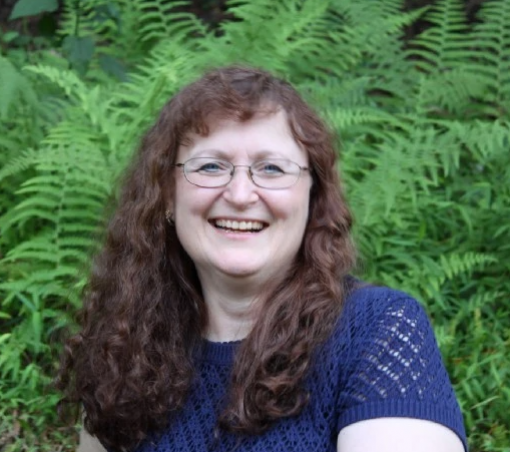 Hi! I’m Cheri. I help seasoned couples ditch the disappointment so they can dare to date again. When disappointment, frustration, and hurt builds up, it can weaken or kill the feeling of being “in love.” I help you to release the resentment so that you can rekindle the romance, work as partners, and have fun again.

If you're ready to get to work, email me at ctimko@cheritimko.com to chat about the next steps.

Micro-Moments: How to be Lazy in Your Relationship

Should I Forgive My Spouse? 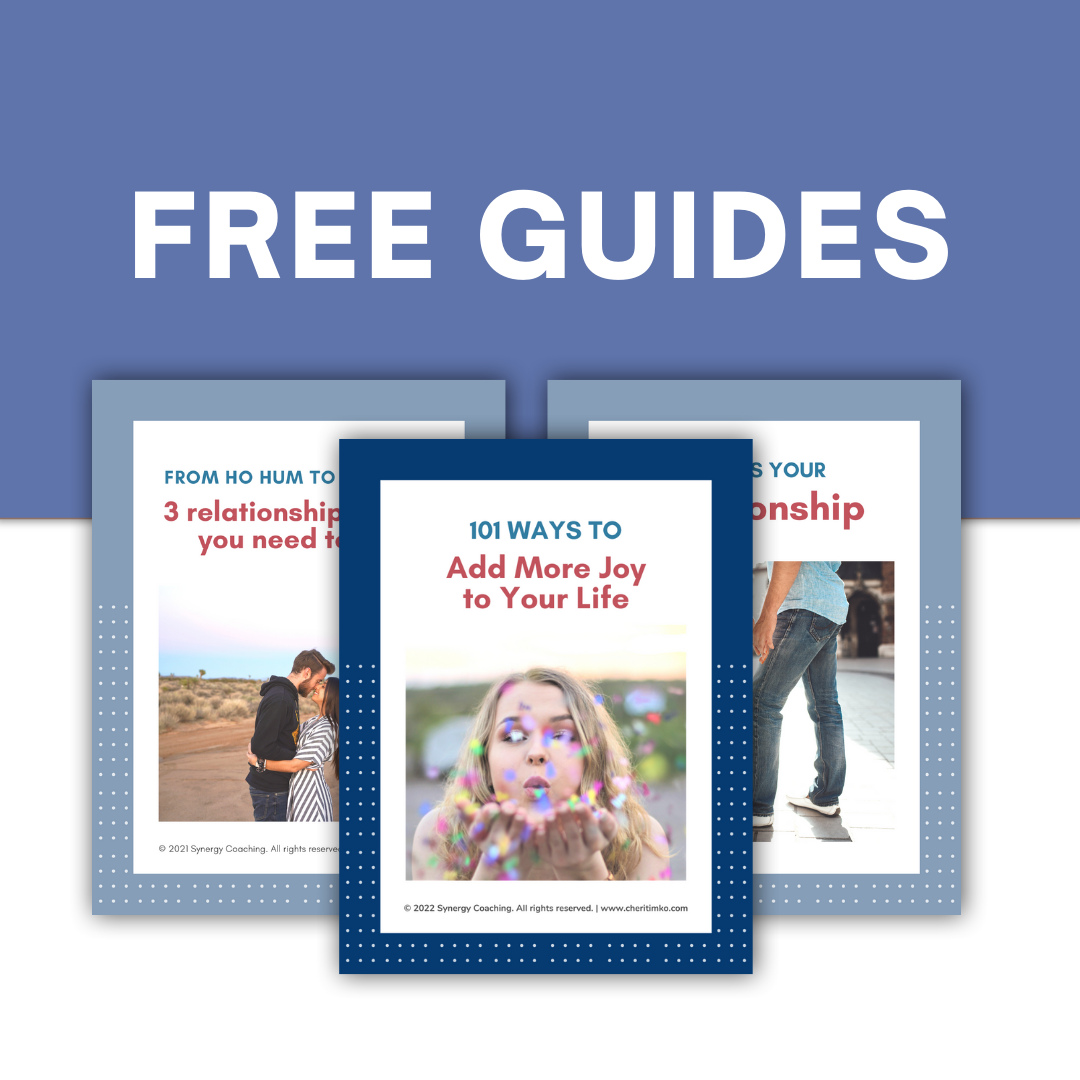