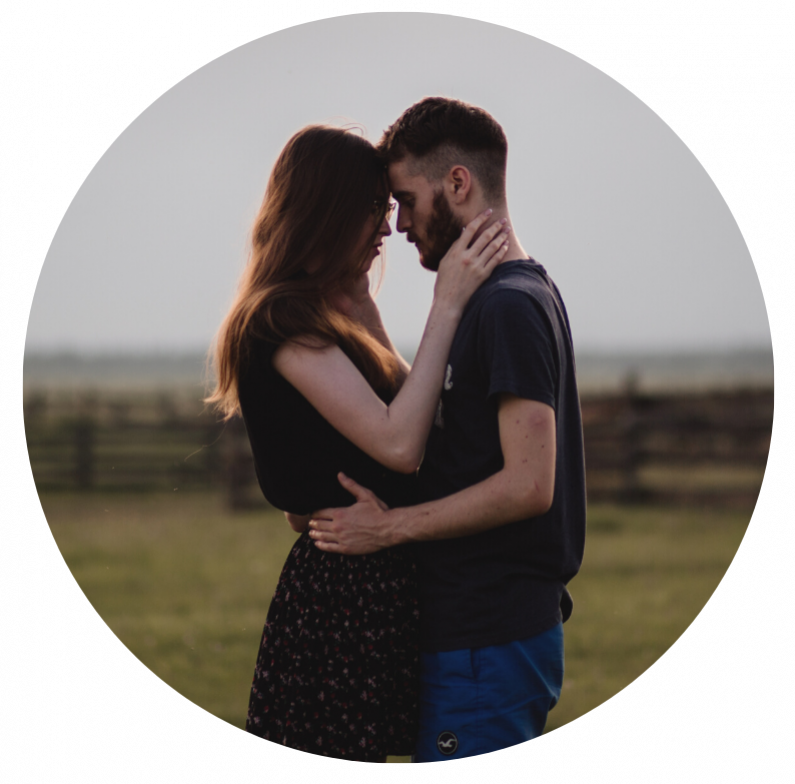 You dream of having a close and connected relationship with your partner.

You know in your core that you are with the right partner. One things that makes you different from other people is your deep and enduring commitment to your partner.

Still, living out your "happily ever after" hasn’t been as easy as you hoped for.

You knew being in a long-term relationship would be hard. Everyone warned you. But you didn’t realize it would be like this. You expected hard times, but you thought they would be few and far between, not mixed into every day. You never thought you would be the ones to:

The truth is, you want to feel close with your beloved AND be who you really are. 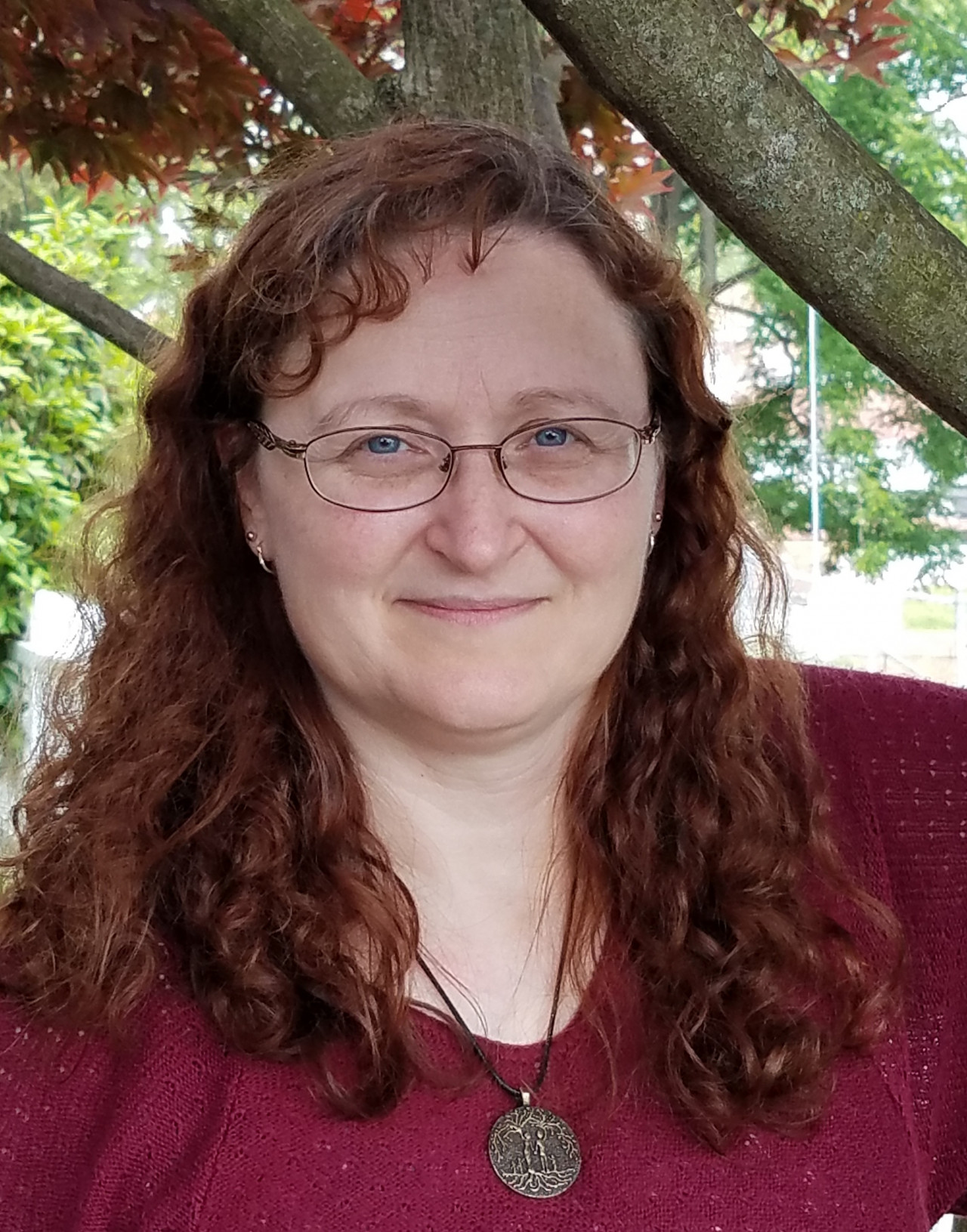 Like you, I have struggled with the expected and unexpected challenges of loving one person and wanting that love to last.

who helps married and dating couples who struggle with miscommunication, arguing, emotional disconnection, and unresolved issues. They believe they chose the right partner but worry that the two of them will never sustain the close, harmonious, and intimate relationship they long for. I teach them to build their relationship as they work through disagreements and to use good relationship habits so they can enjoy the love they have for one another.

We grow up in families and get a front row seat to our parents’ marriages. We learned how to get along and how to take care of one another from them. Often, we believe whatever we saw in childhood is normal.

I grew up with married parents who loved each other deeply in a community of mostly married couples. My parents loved one another and were committed to staying together until “death do us part.” And you could tell they meant it. They also had some patterns of getting along that were not very peaceful and did not always bring out the best in one another. They argued about the same things from their honeymoon until my dad died: for over 45 years. And they argued in the same ways. I remember them complaining about these patterns, but I don’t recall ever seeing them do something to really change it. I have countless other examples with aunts and uncles, grandparents, and friends’ parents. They all figured out how to stay together, but they had a lot of ups and downs. Looking back, they seemed to be unhappy or coasting in their relationships much of the time.

The message I got was: “Marriage is hard. Learn to live with it.”

I grew up thinking marriage was the goal in life. I had other aspirations, but getting married was at the core of it all. So, I married my college sweetheart. We were head over heels in love. I felt confident that I had done my research when I married him. After all, we dated for four years. We had lived through some hard events. I knew him and he knew me as well as two people could. I knew what I was getting into. So we did the next thing: we got married.

How do I sum up the next 18 months fairly? Despite our deep love and commitment to each other, we fell into a pattern of lengthy, gut-wrenching, late night arguments that never seemed to resolve anything. We had different visions of our lives that didn’t fit well together, different values we lived by, and the same conflict resolutions style as our parents—keep pushing through an argument until you push each other to the brink.  We didn't know how to talk about the differences and find the ways that they fit together.  Instead, we each unsuccessfully fought to get the other person to agree with our position.

As a last ditch effort, we tried couples counseling. The therapist had each of us explain how we felt about things to help us work through the problems. What we actually needed were tools to learn how to bridge the differences between us.  (BTW, most of the couples counseling you see on TV and in movies is ineffective at best and destructive at worst!!)

We lasted for 18 months before it became clear that we were on a bad path. We were bringing out the worst in each other. And we came dangerously close to things becoming unsafe. Equally, we could have settled into silence and loneliness. We split up to try and figure out where things went wrong and see if it could be salvaged.

I spent the next four years committed to figuring it out how to save the relationship. I tried everything I could think of to make it work. And then I tried them again. Of course, these were the same relationship tools I had grown up with.  Keep trying the same things—just try harder.

Maybe you have tried some of them:

•  Leaving late night long rambling messages pouring out your heart.
•  Orchestrating something you need the other person to do so you re-engage them.
•  Cheerfully inviting them to do something fun with the false hope of things getting on the right track.
•  Angrily listing their faults so they can take an honest look at what they are doing to hurt you and cut it out.
•  Demanding that they give you what they promised or what you deserve.

If you have tried any of these strategies, you may have experienced the same despair as I did. Of course, they didn’t work. To outsiders, I probably looked like a crazy, manipulative person. I cried endless tears driving in my car and curled up a ball at home.

Eventually I had to accept that I couldn’t make the relationship work. Looking back, I realize that I never had the right tools. I was using strategies that would never get me what I wanted. The loss was fresh again when we got a divorce. I had lost my best friend and deepest love, even when we clearly still loved one another. Even after years of separation, facing the idea of moving on as a divorced woman was heartbreaking. This is the part in the story when you might expect that I dedicated my life to being the marriage expert who I needed. That’s not what happened.

Instead, I vowed never to get married again. I felt confident that I would never love that way again.

I turned my attention to my career. Now, this was an area where I could excel. In high school, I was the person people came to with their problems. I knew I wanted to help people. I started working with difficult teens, and got my college degree. I quickly realized that if I wanted to change the lives of teens, I really needed to also work with their parents. Then I spent several years doing family counseling and got my Master’s degree. Working in several mental health agencies was mentally exhausting and heartbreaking work. I learned to work with all kinds of people in all kinds of situations.

While I was knee deep in family work, I met the man I would later marry. We were both ready to settle into a relationship. It was like we fell into step walking down a path. I could tell he was a good guy, and we fit together well. We wanted the same things, lived the same way, had the same values. Still, I was reluctant to commit. I knew how badly things had gone the first time I tried. I was older and wiser, but not more confident. And I brought so much baggage.

We had a pivotal moment early on. We had an argument. Just as I was revving up my argument, he left the house. I was devastated. I couldn’t stop crying. I thought it was over. Then, he came back. He said that he needed a walk to calm down, he reassured me about our relationship, and we talked calmly about the issue. I was shocked. This one small change got my attention because it shifted everything. {BTW, I wouldn’t suggest using this strategy. There are some better ways of navigating conflict.}

This is when I got curious.  I wondered whether other small changes could make such big differences.  What if relationships didn't have to be that hard and there were easy, straightforward strategies to set up your relationship so it could always run well?  What if I could teach people to automate their relationship to some degree?

Around this point in my career, I realized that I could make a bigger difference in the kids’ lives if I helped their parents get along and work through their problems so that everyone functioned better. The kids didn’t even have to participate.

I spent the next twenty years studying the work of relationship masters (Gottman, Perel, Weiner-Davis, Guerney, Brene’ Brown, Harriet Lerner). I spent thousands of therapy hours with hundreds of couples, learning what it takes to have a genuinely great relationship. I figured out how to help those who really want to save their relationship. I have been in the trenches when it felt the most hopeless, and I know how to help them out of that hole. I know at least five ways to tackle any given issue and dozens of ways to make repairs even for the deepest relationship injuries.

Through 20 years of my own successful marriage and my intensive study of relationships, I have dedicated my life to helping couples have great relationships.  I don't want to restore your relationship to the best place it was in the past, I want to help you achieve a long lasting, happier connection.

Throughout my career, I have worked with one person or one couple at a time. I have taught and coached the tools to improve their relationships with fantastic results. I love the trickle-down effect. People who have great marriages are happier and healthier; are better parents, friends, and employees; deal with fewer crises, chaos, and drama; and have more time and energy for hobbies and personal growth. This is a win-win-win. I realized these tools can be taught to groups of couples.

So I have shifted my focus again.

I am creating a community of people who don’t just want their marriage to survive. They are dedicated to working well as a team, helping each other be the best people they can be, feeling safe and secure in their world, and living out a lifetime of love. AND they don’t want it to take up all of their time and energy.

You can have a truly exceptional relationship.

I have worked as a licensed professional counselor in private practice specializing in couples therapy since 2001. If you want more information about working with me in couples counseling, go to www.timkocounseling.com.